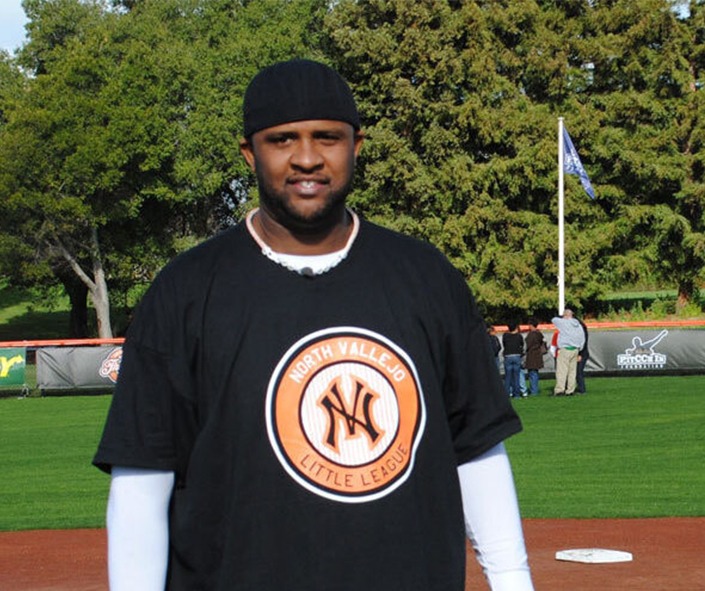 In this episode of the Good Tidings Podcast, host Larry Harper, founder of the Good Tidings Foundation, interviews another inspiring giver: CC Sabathia.  CC was a professional baseball pitcher, and he is committed to giving back to his community through the PitCCh In Foundation and through his work for racial justice.

Having known him for decades, Larry is proudest of CC not for his baseball career, but for who he is as a man, father, and social activist.

CC grew up in the Bay Area of Northern California, surrounded by baseball lore, living in the inner city of Vallejo, and staying grounded by his family.  CC’s baseball experience goes all the way back to his Little League years, where his four-year-old self knew the same intensity of the game as his professional self.  CC met Larry as a high school player, and Larry even looked at CC as a scout for the Seattle Mariners.  CC did not really think about making the Major Leagues until after being drafted; rather, he took things one day at a time, seeking to make his way out of his current situation.  After he made it to the Major League at the age of 20, he put in the hard work to acclimate to his role as a professional pitcher, played in the League for 19 seasons, and received numerous awards.  Now, in his retirement, he is a possible contender for induction into the Baseball’s Hall of Fame.

One thing Larry found most remarkable about CC as a player was his commitment – instilled in him by his high school coach – to his team.  And besides giving to his team, CC, his wife Amber, and his mom all developed a vision for giving back to their community.  They founded the PitCCh In Foundation with a mission to enrich inner-city kids’ lives through sports and education.  CC and Larry talk about CC’s work fixing a baseball field he grew up playing on, the value of sports in the inner city, the role of athletes as role models, and collaborative projects that Larry and CC’s foundations have completed together.  CC plans to see his foundation’s work continue and evolve over time, and he and Larry wrap up their conversation by discussing the Black Lives Matter movement, the history of black baseball players, and other issues surrounding racial justice in the US.  Both Larry and CC are hopeful that needed change will, at long last, develop in their lifetime.

To listen to the podcast please visit https://goodtidings.org/good-tidings-podcast-episode-3-cc-sabathia/.

Get Counted on Election Day!