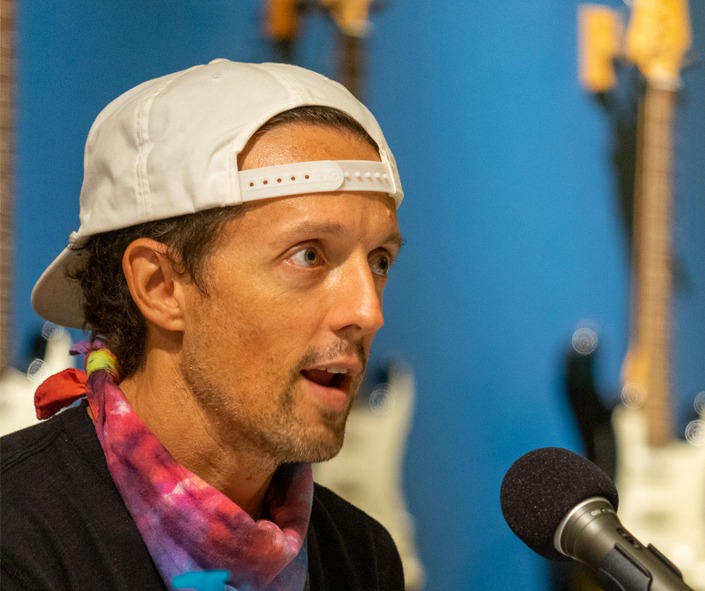 The Good Tidings Foundation has posted the second episode of their Podcast, sponsored by Response Responsibility. The special guest on their September 30th Podcast was none other than Grammy Award winner, Jason Mraz. Host Larry Harper welcomes Mraz and highlights his philanthropy and kindness. You will learn about Mraz growing up and gravitating towards music while in elementary school. You will hear what it was like for Mraz to be living his dream and some of the risks that he took. He talks about the best part of his career involving his foundation and how he gets to give for fun! You will also learn how Mraz is supporting the movements he believes in and the meaning behind his new album Look for the Good!

Jason Mraz shares about growing up in Virginia and how much he values the access he had to music in his public school. He says, …” Were it not for music rooms, much like the one we’re in right now, I don’t know if I would’ve put in enough hours to become the musician and person I am- so I know how vital these rooms are.” Mraz shares a turning point for him when he worked in a smoke shop in Virginia. He said that there were not very many customers which gave him a lot of time alone to practice music. He would bring his guitar to work with him and was able to practice while at work which he considers very valuable.

Jason Mraz’s latest album, Look for the Good, was released on Juneteenth and he shares his support of advancing equality. You will hear Larry and Jason discuss their belief in the Black Lives Matter Movement. Jason shares about the Jason Mraz Foundation. It’s Mission is “to shine for inclusive arts education and the advancement of equality. Our purpose is to cause peace in the world.”

Mraz will be performing for the 25th Anniversary of the Good Tidings Foundation in the future!

To listen to the podcast please visit https://goodtidings.org/good-tidings-podcast-episode-2-jason-mraz/.

Get Counted on Election Day!